Elana Dykewomon, a gregarious, cerebral author, poet and activist who spent decades exploring her identity as both a lesbian and a Jew while working to foster communities of “chosen families” at a far remove from the patriarchy among her fellow lesbians, died on Aug. 7 at her home in Oakland, Calif. She was 72.

The cause was complications of esophageal cancer, her brother Daniel Nachman said.

For seven years, starting in 1987, she was the editor of Sinister Wisdom, a lesbian literary journal. As an activist, she was an organizer of the San Francisco Dyke March.

Ms. Dykewomon was in hospice at her home with friends, preparing to watch a live-streamed performance of her first play, “How to Let Your Lover Die,” when she died, 20 minutes before the performance began. The play is a rumination on love and loss that she wrote following the death of Susan Levinkind, her wife and her partner of many decades, from Lewy body dementia in 2016.

The play capped a five-decade career that started in 1974 with Ms. Dykewomon’s “Riverfinger Women,” a ribald lesbian coming-of-age novel that in 1999 was named to an Associated Press list of 100 Greatest Gay Novels. The book was initially “written for a straight publishing house that was putting out a new line of pornography for bored housewives” but was rejected, Ms. Dykewomon said in a 2004 interview.

When ultimately published, “Riverfinger Women” “was the first book that was advertised in The New York Times that was identified as a lesbian book,” Ms. Dykewomon added. “It was important at the time to publish things for lesbians, so lesbians would know that lesbians were out there who loved them and cared about them.”

“Every lesbian of a certain age has a copy of ‘Riverfinger Women’ on her bookshelf,” one scholar said of Ms. Dykewomon’s first novel, written when she was still using her birth name.
Ms. Dykewomon’s second novel won the Lambda Literary Award for Lesbian Fiction.

The book found a loyal and enthusiastic audience: “Every lesbian of a certain age has a copy of ‘Riverfinger Women’ on her bookshelf,” Jennifer Brier, a professor of gender and women’s studies at the University of Illinois, Chicago and Ms. Dykewomon’s literary executor, said in an interview.

In the early 1980s, the author — who until then had been known by her birth name, Elana Nachman — made perhaps her most pointed statement of identity yet: She adopted Dykewoman, and later Dykewomon, as a pen name, jettisoning the “man” in both her old and new names. “I chose ‘dyke’ for the power and ‘womon’ for the alliance,” she wrote in an essay published in a 2017 anthology, “Dispatches From Lesbian America.”

(“I figured if I called myself Dykewomon,” she joked in an interview with J: The Jewish News of Northern California this year, “I would never get reviewed in The New York Times. Which has been true.”)

Her 1997 novel, “Beyond the Pale,” about Russian Jewish lesbian immigrants who work in New York’s notorious Triangle shirtwaist factory and survive its deadly fire to become trade unionists, won the Lambda Literary Award for Lesbian Fiction. In 2009, she published “Risk,” a novel about a struggling middle-age lesbian who turns to gambling as an escape.

Elana Michelle Nachman was born in Manhattan on Oct. 11, 1949, the oldest of three children of Harvey and Rachel (Weisberger) Nachman. Her father was a plaintiffs’ lawyer who moved the family to Puerto Rico in 1958 to open a practice. Her mother was a researcher for Life magazine and later a librarian in Puerto Rico.

It was a fiercely Zionist household. Her father, who had been a navigator in the United States Army Air Forces in World War II, volunteered as pilot in the Arab-Israeli War of 1948, her brother, Mr. Nachman, said, and her mother helped smuggle arms to Israel.

Ms. Dykewomon maintained a strong sense of Jewish identity, even if she was not religious as an adult. Regarding her name change, she once said, “If I had to do it all over again, I might have chosen Dykestein or Dykeberg,” according to an obituary in The Times of Israel.

Even before she was a teenager, Elana “knew she was somehow ‘different,’ but was told by doctors she couldn’t possibly be homosexual,” her brother said in an interview. Living in Puerto Rico from the age of 8, he added, she also felt “sharply alienated from the Latin macho culture and the sexual role-playing by women and men there.”

At 11, she attempted suicide, an experience she explored in her 2017 essay. She spent a year recuperating in the Johns Hopkins Hospital in Baltimore, and she later found a degree of peace and acceptance at the Windsor Mountain School, a progressive boarding school in Lenox, Mass., Mr. Nachman said.

After studying at Reed College in Portland, Ore., she received a bachelor’s degree in creative writing from the California Institute of the Arts, then a master of fine arts degree from San Francisco State University, where she later taught composition and creative writing for nearly two decades.

In addition to her brother Daniel, she is survived by another brother, David, and several nieces and nephews.

The afternoon she died, friends, neighbors, and family members viewed her play on Zoom before calling the authorities. When mortuary workers came for her body, they filed out silently behind them, Rhea Shapiro, a longtime friend who was present, recalled. As the body was placed in the van, those assembled broke into spontaneous applause.

“Mourning is the most difficult form of celebration,” Ms. Dykewomon wrote after Ms. Levinkind’s death. “But I am filled with the beauty of what I need to mourn.”

Salman Rushdie, Badly Wounded, Is Off Ventilator and Starting to Recover

Zofia Posmysz, Who Wrote of Life in Concentration Camps, Dies at 98 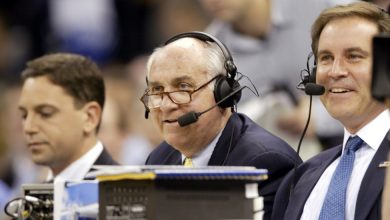 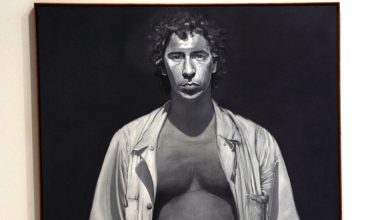 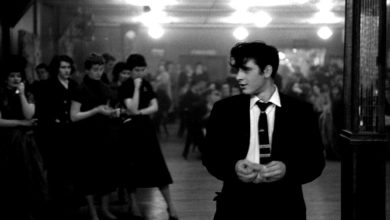 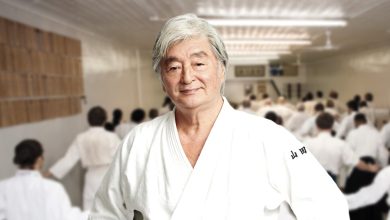