In Texas’ Gobbler Country, an Overlooked Mascot Gets Its Due

The country is full of bird-themed mascots. But only a proud few have embraced the turkey.

Mallory Mills dresses up as Toby the Turkey, the mascot of the Fightin’ Gobblers of Cuero High School in Texas.

We’re exploring how America defines itself one place at a time. In Cuero, Texas, affection for turkeys extends well beyond a holiday meal.

CUERO, Texas — America is awash in avian mascots, its sidelines overpopulated with flocks of Ravens and Hawks, Falcons and Cardinals, Eagles and Blue Jays. But one burly bird has been all but excluded from mascot consideration: the mighty turkey.

Turkeys are industrious, tasty, handsome and so distinctly American that an entire holiday is planned around them. They are also capable of chasing down intruders, vandalizing cars and colonizing college campuses, all qualities that could make for a fearsome mascot.

Yet in a nation brimming with winged team names, the Fightin’ Gobblers of Cuero High School in Texas stand nearly alone.

Despite chuckles and “Roast the Turkey” taunts from opposing teams, generations of children in Cuero have grown up dreaming of becoming Gobblers.
Toby the Turkey worked to rev up the crowd at the Cuero football team’s final home game of the season on Nov. 3.
In a nation brimming with sports teams that compete under avian nicknames, the Fightin’ Gobblers stand nearly alone in embracing the turkey.

For generations, despite chuckles and “Roast the Turkey” taunts from opposing teams, children in Cuero have grown up dreaming of becoming Gobblers. They long to wear Gobbler green, to play under the lights at Gobbler Stadium, where the seating capacity is just slightly lower than Cuero’s population, and to watch Toby the Turkey cheer them on from the sidelines. Over time, the nickname has become a tangible connection to the region’s agricultural past, as well as a point of civic pride that runs far deeper than a more common mascot ever could.

I traveled this month to Cuero, the self-proclaimed Turkey Capital of the World, as Gobbler fans were celebrating another district football championship and playoff berth. I wanted to learn more about their unwavering embrace of turkeys, which are painted on the sides of downtown buildings and immortalized in a statue outside the grocery store, and to ask residents why they thought so few other schools had seen the potential in a gobbling mascot.

Angie Cuellar, who leads the local chamber of commerce, suggested that outsiders “just don’t realize that a turkey is a pretty tough bird.”

“You watch the gobblers,” she said, “when they fan out their tails, they walk with their chest out, they’re very proud birds.”

Gobbler Stadium at Cuero High School has almost enough seating capacity to accommodate the whole population of the town.
Despite the occasional jibes from rival schools, people in Cuero insist that the turkey is full of mascot-worthy qualities.
The town’s identification with turkeys has persisted long after turkey farming in the area largely gave way to cattle ranching in the middle of the 20th century.

The Gobbler name came into use about a century ago, when south-central Texas was a center of turkey farming and the bird powered Cuero’s economy. In the fields nearby, farmers would raise flocks, and then trot thousands of turkeys through town on their way to market. The spectacle became ingrained in Cuero, and the town’s love for the gobbler endured even as turkey production shifted northward around the middle of the 20th century and the region’s turkey farms were replaced with cattle ranches.

Though nearly all the turkeys around Cuero today are wild, the poultry-farming past lives on through the high school mascot and annual Turkeyfest, during which Cuero’s fastest bird races another turkey from Worthington, Minn., which has staked a rival claim to being the “Turkey Capital.” The Cuero bird, named Ruby Begonia, also travels north each year to face its opponent on the streets of Minnesota.

Despite the occasional laughs from rival schools, people in Cuero insist that the turkey is full of mascot-worthy qualities. Residents spoke with reverence about the communal bonds among turkeys, their resourcefulness in skimming food dispensed by deer feeders and the beauty of a tom, a male turkey, fanning his tail.

“There’s character in a turkey,” said Cory Thamm, who manages a liquor store in Cuero and cares for a small flock that includes Ruby Begonia, whom locals insist is the “fastest turkey in the South.”

Ruby Begonia, a turkey who races during the annual Turkeyfest in Cuero, relaxes in the yard behind a local liquor store.
“There’s character in a turkey,” said Cory Thamm, manager of a liquor store in Cuero, who cares for a small flock that includes Ruby Begonia, whom townspeople insist is the “fastest turkey in the South.”
Residents talk reverently about the communal bonds among turkeys, their resourcefulness in skimming food from deer feeders and the beauty of a tom, a male turkey, when he fans his tail.

Though turkey mascots are exceedingly rare, Cuero’s schools are not quite the only ones to embrace the bird.

Virginia Tech, whose HokieBird mascot resembles a turkey, used to call its sports teams the Fighting Gobblers and keep a live turkey on the sideline. At Broadway High School in Virginia, the Gobblers are cheered on by a mascot named Strut. And in Memphis, the Turkeys of St. Mary’s Episcopal School won a state lacrosse title last year, though the Turkey trapshooting team could be seen as a direct threat to its avian origin.

Unlike some rural towns, the population of Cuero, about 85 miles southeast of San Antonio, has increased steadily in recent decades, to roughly 8,200 residents today from 6,700 in 1990. The downtown is busy and architecturally distinct, and the Whataburger on the esplanade draws a crowd after Gobbler football games. But the booms and busts of the energy industry, combined with the shutdown of a longtime textile plant a few years ago, have created uncertainty in the local economy. About one-fourth of Cuero residents live in poverty, more than double the national rate.

The public schools, where students in every grade are known as Gobblers, have served as a stabilizing force, residents said. Taxpayers approved renovations to both academic and athletic facilities in recent years, and fans gather in huge numbers for home games at Gobbler Stadium, a gleaming facility with a bronze turkey statue that is nicer than the fields at some small colleges.

Students held hands at a pep rally before a home game for the Cuero football team.
A welcome mural in Cuero features two kinds of livestock that have shaped the town — turkeys, to start, and longhorn cattle today.
Expressions of Gobbler pride turn up everywhere in Cuero.

“When they come to school, we’re the great equalizer, and then you don’t know one Gobbler from another,” said Kim Fleener, the principal at the high school, where the dress code allows for only collared shirts or Gobbler spirit wear.

At the Cuero Heritage Museum, housed downtown in the old federal building, an entire room is devoted to high school football and filled with Gobbler memorabilia from decades’ past, including the four state championship teams. In the museum’s foyer, other turkey artifacts are on prominent display, including century-old photos of turkeys trotting through Cuero and a turkey-feather hat.

Mallory Mills, 15, who roams the sidelines at football games as Toby the Turkey, Cuero High’s colorful mascot, said growing up in town inculcated a reverence for the bird. She said she had learned to shrug off fowl-themed jeers that rival fans direct at Toby.

“They’re like, ‘We’re going to roast them,’ and they can be very aggressive,” said Mallory, a freshman. “Sometimes we get a lot of hate.”

But Toby, she said, is a vessel of joy, especially to the children in Cuero. Mallory takes her duties so seriously that she makes sure never to remove the Toby head while around fans, even though the sightlines in the costume are less than ideal.

Performing as the team mascot calls for more than just wearing the costume, Mallory Mills said: “You really have to, like, become Toby.”
Photos and mottos adorn the locker room at Cuero High School.
Though nearly all the turkeys around Cuero today are wild, the town’s poultry-farming past lives on through the school’s mascot and annual Turkeyfest.

In Cuero, Gobblers are not just at the school. They are everywhere. The lobby of City Hall includes two wooden turkeys. Banners downtown advertise Turkeyfest. And there are at least three large turkey murals, including one that shows a stately turkey beside a Texas longhorn, one that shows two turkeys next to a woman in patriotic attire and a third that welcomes visitors to “Gobbler Country.”

“It’s tradition-rich,” said Adam Arroyo, a Cuero native who won a state championship as a Gobbler football player and returned decades later to teach and coach.

Across Texas, Mr. Arroyo said, when people learn he played at Cuero, they ask, “‘Y’all are like a turkey, right?’”

He responds with pride: “Yeah, we are.”

Tags
From Said School That Turkey

The Best Part of Winning? Smiling at Everyone Who Said You’d Lose. 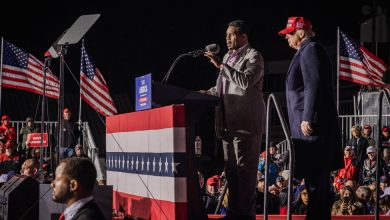 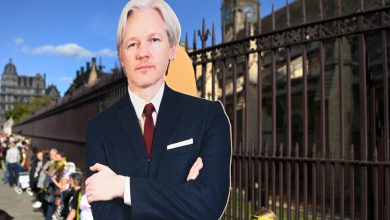 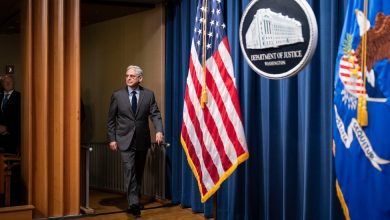 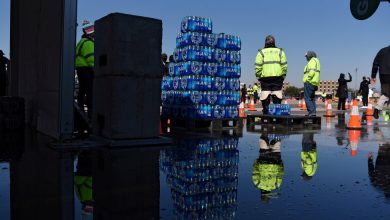