The Biden administration extended the pause on federal student loan payments on Tuesday after Republican legal challenges temporarily halted President Biden’s plan to cancel up to $20,000 in debt for millions of borrowers.

The payments, which had been set to resume on Jan. 1, now could be delayed until Sept. 1 as the White House tries to fend off lawsuits over the program, which the nonpartisan Congressional Budget Office estimates could cost $400 billion.

“Republican special interests and elected officials sued to deny this relief even for their own constituents,” President Biden said in a video released on Twitter. “It isn’t fair to ask tens of millions of borrowers eligible for relief to resume their student debt payments while the courts consider the lawsuit.”

Across the United States, 45 million people owe $1.6 trillion for federal loans taken out for college — more than Americans owe on any consumer debt other than mortgages.

The decision to extend the payments pause is the latest chapter in what has become one of the more intensely debated policies of the Biden White House — one that Mr. Biden has said is necessary to address economic disparities, but which critics have described as an unfair giveaway that will fuel inflation.

Mr. Biden’s plan has become bogged down in lawsuits backed by Republican politicians and conservative advocacy groups. The administration last week asked the Supreme Court to take up the issue. An injunction issued by the U.S. Court of Appeals for the Eighth Circuit — in response to a lawsuit filed by six Republican-led states — has blocked the government from moving forward with Mr. Biden’s plan.

Here’s where the president stands after the midterm elections.

The president said Tuesday that he was “completely confident” that his plan was legal. His administration has said that he has the authority to grant the debt relief under the Heroes Act of 2003, which allows the education secretary to waive regulations related to student loans during times of war or national emergency.

But the states challenging the action countered in court filings that Mr. Biden’s plan “is not remotely tailored to address the effects of the pandemic” and that his executive action exceeds his authority.

Attorney General Doug Peterson of Nebraska, one of the six states suing to stop the plan, said eliminating hundreds of billions of dollars in student debt “threatens serious harm to the economy that cannot be undone.”

“It is important to stop the Biden administration from such unlawful abuse of power,” he said.

Mr. Biden announced in August that he would wipe out $10,000 in debt for individuals earning less than $125,000 per year and $20,000 for those who had received Pell grants for low-income families.

More than 26 million people have applied for the relief and 16 million applications have been approved so far. But court orders have blocked the Education Department from wiping out any debt. This month, the department stopped accepting applications, citing the legal roadblocks.

Borrowers have been left feeling whiplash.

Kaz Kaczor has $21,000 in debt remaining from their undergraduate studies at the University of Wisconsin-Milwaukee — which would be nearly entirely erased under Mr. Biden’s plan. The former student, who uses they/them pronouns, submitted their paperwork the day after the government began accepting applications.

“The constant continuances of the pauses — while of course I’ve loved it — have been nerve-racking because it always feels like it goes right up to the line,” they said. “But I’m glad Biden announced this relief plan. The fact that he did what he did, and is trying to fight for it, is great.”

In the days leading up to the announcement, the Biden administration has heard from advocacy groups, including the N.A.A.C.P., who were calling for the pause.

“The impact this extension will have in the lives of those who have been targeted by predatory student loans cannot be overstated,” said Derrick Johnson, the president of the N.A.A.C.P. “That said, an extension does not solve the root of the problem for the millions of Americans drowning in bills and rising interest.”

The federal moratorium on student loan payments began in March 2020 under former President Donald J. Trump as a pandemic relief effort, and has now been extended nine times, stretching across two presidential administrations. The latest extension is the sixth imposed by Mr. Biden.

Administration officials argued earlier this year that ending the payment pause would help to bring down inflation — effectively canceling out the inflationary effects of Mr. Biden’s debt relief plan. They now say that continuing the pause will not add to inflation, so long as the debt relief is held up in court. But they do not dispute that if Mr. Biden had allowed the pause to end before the debt relief plan could take effect, the result would have been a small reduction in inflation.

The length of the latest pause is a sign that the administration is expecting a protracted court fight, said Scott Buchanan, the executive director of the Student Loan Servicing Alliance, a trade group for the companies hired by the Education Department to service loans on its behalf.

“I just don’t know how you plan for an indefinite restart date, on either the servicers’ side or the borrowers’ side,” Mr. Buchanan said.

The Supreme Court — which is widely expected to eventually rule on Mr. Biden’s student debt plan — has not yet responded to the White House’s request that it overturn the Eighth Circuit’s injunction.

Justice Amy Coney Barrett has, without comment, rejected two previous challenges to Mr. Biden’s debt cancellation plan. Last month, she turned away a case brought by a taxpayers’ association in Wisconsin, and this month, she rebuffed a complaint from borrowers in Indiana. In both cases, lower courts had previously rejected the challenges.

Living Above the Store

How can the United States advance? Here are the scenarios. 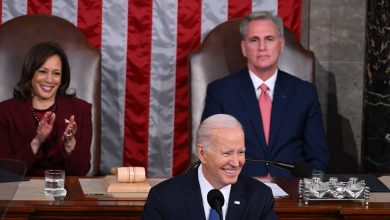 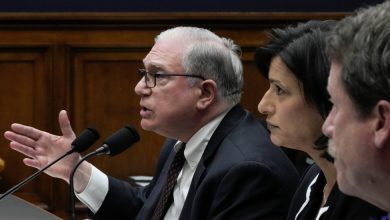 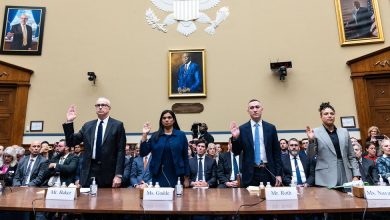 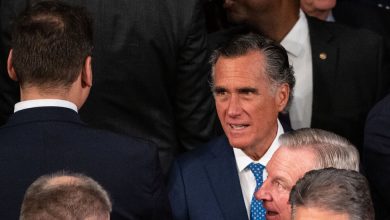 Romney-Santos Confrontation Reflects a Broader Clash Within the G.O.P.