CAIRO — The editor of one of Algeria’s last remaining independent media outlets was charged on Thursday with publishing articles that threaten national security and receiving suspicious funding from foreign sources, days after security officials shut down his internet radio station in an escalation of the North African country’s crackdown on dissent and free press.

The editor, Ihsane El-Kadi, is a prominent journalist who heads Radio M and its sister news site. He has been in detention since plainclothes security agents arrested him early on Saturday at his home east of Algiers, the capital, said his daughter, Tin Hinane El-Kadi. A court extended his detention on Thursday for another two weeks, until his next hearing.

On the day of his arrest, officials also raided Radio M’s offices, confiscating cameras, computers and other equipment before sealing its doors, his daughter said. Some of its more than 30 journalists have continued to publish stories online, mainly to rally support for their editor.

But the raid and arrest effectively closed down one of the last places in Algeria for freewheeling political debate — one that had hosted voices from the government as well as from the opposition. It had continued broadcasting even as the military-backed regime that leads the country grew increasingly authoritarian after being shaken by a 2019 anti-government protest movement.

“It has always been known for its independence,” said Khaled Drareni, the North African representative for Reporters Without Borders, which has called for Mr. El-Kadi’s release. “It has welcomed everyone from the regime and the opposition. With its closure, it’s indeed one of the last free media in Algeria that disappears.”

Mr. Drareni, a well-known Algerian journalist, was himself sentenced to three years in prison in 2020 for reporting on the anti-government demonstrations, though he was later released.

Three years ago, when the mass protests known as the Hirak movement forced Abdelaziz Bouteflika, then Algeria’s president, from power without bloodshed, activists hoped Algeria would transition toward democracy.

But its military still held fast to power behind the scenes, and the new president, Abdelmadjid Tebboune, who was elected with military support in 2019, has pushed the country toward an even harsher authoritarianism despite initial moves to release political detainees and draft a new constitution.

Repression of Algerian journalists, rights activists and pro-democracy figures has grown steeply since then, while the millions who flocked to the streets during the Hirak movement melted away amid coronavirus-related lockdowns and the growing danger of opposing the government

Dozens of journalists have been imprisoned since 2019 as the government has sought to prevent mass protests from flaring again, Mr. Drareni said.

In all, at least 233 people had been detained for political reasons as of February, though the true number is murky given the lack of government figures and difficulty of independent reporting in Algeria, said Dalia Ghanem, an Algeria expert and author of “Understanding the Persistence of Competitive Authoritarianism in Algeria.”

“They want to turn the page on the Hirak,” she said. “We can expect more authoritarianism for sure. Elections will continue to exist, Parliament will continue to function, but less transparency, less freedom, less of everything.”

Mr. El-Kadi has worked as a journalist for some 40 years, his daughter said. He was known for articles critical of the government and investigative exposés of corruption scandals.

He has been repeatedly prosecuted over his journalism, including in June, when he was sentenced to six months in prison for publishing an article about a banned Islamist movement and the Hirak protests. Prosecutors accused him of publishing false information likely to damage national unity and reopening the issue of Algeria’s devastating 1992-2002 conflict between the army and armed Islamist groups.

“He continues because he’s really committed to the cause of free press in Algeria,” Ms. Hinane El-Kadi said.

But this time seems more serious than his previous entanglements with the authorities: Mr. El-Kadi has never been detained for this long, nor been whisked away in the dead of night, nor seen his publication shut down, his daughter said.

“We’re really in this dark spot where we don’t know, we don’t have any information,” she said.

Though prosecutors have not offered details about the charges against him, she said, his family believes he was arrested this time over a recent article in which Mr. El-Kadi wrote about whether the army would back Mr. Tebboune for a second term in power. That could signal that the military, which journalists were previously able to criticize, if to a limited extent, is now off-limits.

Prosecutors also accused Mr. El-Kadi on Thursday of receiving “dubious” funding from foreign sources because of a collaboration between Radio M and an international media agency that offers training and equipment, Ms. Hinane El-Kadi said.

The charge is reminiscent of pressure tactics used by the military-backed government in nearby Egypt, which has linked foreign funding for rights groups and other nonprofits to foreign interference and terrorism.

Tags
From Said That Was With 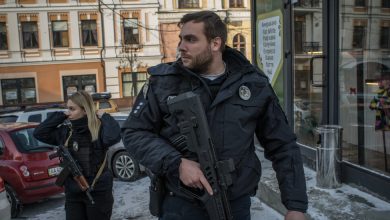 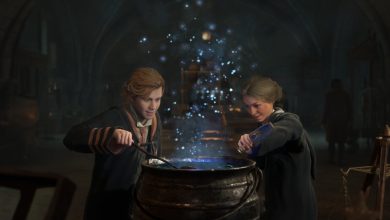 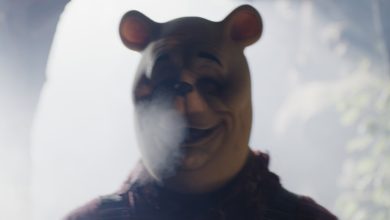