Polarized by religion, friends and neighbors turned on each other. Hundreds of thousands were killed and millions displaced. The atrocities were horrific — pregnant women and infants were not spared.

That was the unexpected result of Britain’s haphazard plan to leave the subcontinent in 1947 after nearly three centuries and split it into Hindu-majority India and Muslim-majority Pakistan, itself carved into two regions more than 1,000 miles apart. The partition, as the division came to be known, triggered one of the biggest migrations in history.

It would forever change the face and geopolitics of South Asia; almost 25 years later, for instance, Bangladesh was born from East Pakistan.

Some historians argue that partition would have been unnecessary had Britain granted self-rule earlier to India, where Hindus and Muslims had lived side by side for centuries. But the idea of a separate state for British India’s Muslims had gained traction by the 1930s even though it was opposed by Mahatma Gandhi. A decade later, Britain was reeling from World War II and prepared to hand over power. 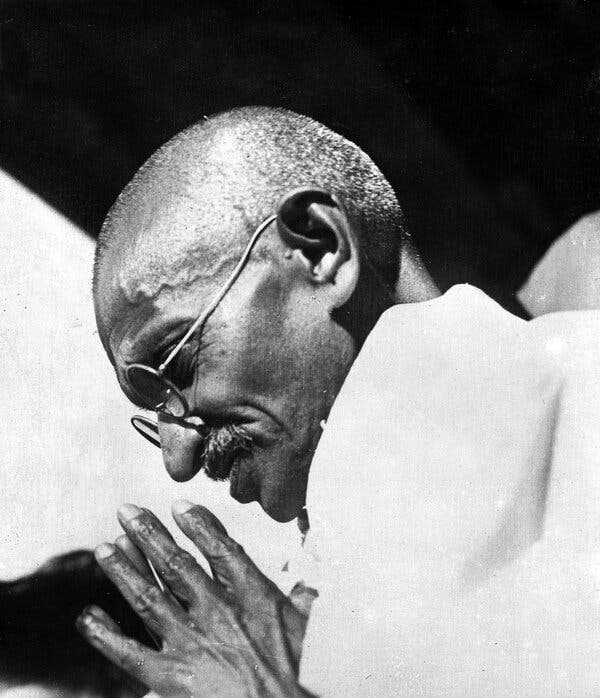 Mahatma Gandhi after his release from prison in India in 1931.Credit…Popperfoto, via Getty Images

The demand for Pakistan, led by Muhammad Ali Jinnah of the All-India Muslim League, contributed to one of the biggest Hindu-Muslim riots in India in August 1946, when at least 2,000 people were killed over five days in Calcutta (now Kolkata), then the capital of the province of Bengal. Over the next few months more communal fighting followed, especially in Bengal and Punjab, another area with a large mixed population that also included Sikhs.

As India and Pakistan prepared for independence, Jinnah, set to be president of the Muslim-majority state, proclaimed a liberal Pakistan. And on Aug. 15, Jawaharlal Nehru, the first prime minister of India, famously celebrated his nation’s independence and “tryst with destiny.” But trouble was already afoot.

Lord Louis Mountbatten, the recently appointed last viceroy of British India, had not yet revealed where the new borders, which created East and West Pakistan with India wedged between the two, would be. That would come two days later, on Aug. 17.

Muslims left India for Pakistan, mostly heading west, while Hindus and Sikhs made the opposite journey. As many as 20 million people fled. Both sides left devastation in their wake. Documentation is scarce, but hundreds of thousands, and as many as two million people, were killed. There are no tallies for how many were raped.

“It’s a really, really massive part of world history,” said Guneeta Singh Bhalla, the founder of the 1947 Partition Archive, a decade-old oral history project. “It has really defined where we are culturally, sociologically, politically,’’ she said of South Asia.

Most Indians, Pakistanis and Bangladeshis today were born a generation after partition. But its repercussions endure. India and Pakistan have fought three wars, skirmishing often over claims to Kashmir, India’s only Muslim-majority state. The liberal ideals espoused by the founders of both countries now appear to be forgotten to history.

What follows is a photographic record of the period around the partition of British India.

Above, a demonstration in London calling for the creation of Pakistan, in 1946. Below, the police in Calcutta using tear gas to break up mobs. Hindu-Muslim communal riots lasted five days, with more than 2,000 people killed and 4,000 injured.

Destruction in Amritsar, a city in Punjab, after communal riots in March 1947. Amritsar’s Muslims, who made up about half its population, left en masse during partition, which placed the city in India. The other residents were mostly Sikh and Hindu.

Two child victims of the riots in Amritsar with a nurse in March 1947. They were rescued by British soldiers after their mother was stabbed to death.

Picking up the bodies of victims of communal fighting in Delhi.

Negotiating the terms of partition in June 1947. In the foreground from left to right were Jawaharlal Nehru, then the vice president of the interim government of India; Lord Louis Mountbatten, the viceroy; and Muhammad Ali Jinnah, the leader of the Muslim League.

Lord Mountbatten, in a photo from the Indian military, saluting the Indian flag hoisted at India Gate with his wife, Lady Edwina, and Nehru, by then India’s first prime minister, by his side during independence celebrations in New Delhi on Aug. 15, 1947.

A throng of people gathered at the Constituent Assembly of Pakistan in Karachi to celebrate the creation of the new country.

Jinnah addressing the Constituent Assembly, with Lord Mountbatten in attendance, in August 1947.

Lining up for water at the only tap at a camp for about 20,000 Muslim refugees in New Delhi, in September 1947. Refugees had to wait as long as three hours to get water.

Sikh migrants on their way from Pakistan to their new homeland, India, in October 1947.

People crowding onto trains as the partition of British India triggered one of the largest migrations in history. Muslims fled from India to Pakistan, and Hindus and Sikhs went in the opposite direction.

A convoy of Muslims passed by the remains of an earlier caravan, both human and cattle.

A married couple who had been separated for 10 months were reunited at a women’s camp in Lahore, Pakistan, in 1948.

Gandhi observing the aftermath of partition riots in India.

Indian Sikh troops positioned near Srinagar, the capital of Kashmir, in November 1947. India and Pakistan fought a yearlong war over Kashmir that ended with a cease-fire brokered by the United Nations. The region has continued to bedevil the two countries to this day.

Reading the news in London of Gandhi’s assassination by a Hindu extremist on Jan. 30, 1948.

Muslim women praying on the slopes of Hari Parbat, a hill in Srinagar that is also known as Koh-i-Maran and has Hindu and Sikh shrines nearby, in 1948.

Japan Bounces Back to Economic Growth as Coronavirus Fears Recede