Before the federal government let Live Nation merge with Ticketmaster in 2010, it obtained some very solemn promises that the company would not use its newly acquired dominance in the business of selling tickets to take advantage of customers.

Ask a Taylor Swift fan how well that has worked out.

Ticketmaster’s website was overwhelmed last week by people seeking tickets for Ms. Swift’s upcoming concert tour. It was inevitable that most people who wanted tickets wouldn’t be able to buy them. There aren’t enough to go around. But crashes, bugs and error messages left many people feeling they never really had a chance.

Monopolies raise prices, but that’s not the only reason Americans should be worried about the rise of corporate concentration. Companies with market power also tend to get lazy. They stop trying to deliver the best possible product. Jonathan Skrmetti, the Republican attorney general of Tennessee, told The Washington Post that Ticketmaster’s customer service problems raised the question of whether “because they have such a dominant market position, they felt like they didn’t have to worry about that.”

That’s an important question, and it raises another one: Why do antitrust regulators keep getting tricked by companies that don’t keep their promises?

The federal government in recent decades has blessed the vast majority of proposed corporate mergers. And even when regulators have concluded that a merger is not in the public interest, they have often sought to address concerns by imposing conditions rather than blocking the deal. In effect, the government has adopted the strategy of asking companies to refrain from taking full advantage of their power.

Taylor Swift fans, and everyone else, would be better off if the government would stop trusting corporations and instead act to preserve real competition.

The beauty of antitrust law is that it relies on corporate greed to deliver the best results for consumers, workers and the broader economy. The government doesn’t need to extract promises of good behavior or to rely on restraint. It just needs to maintain competition.

In approving the Live Nation deal in 2010, regulators displayed an astonishing faith in their ability to engineer competition. The government concluded that allowing the nation’s largest event promoter to buy the nation’s largest ticket vendor would give the new company greater power to squeeze performers, venues and concertgoers. But instead of blocking the deal, it imposed conditions that it said would preserve competition. These conditions included requiring Ticketmaster to license its software to potential competitors and requiring Live Nation to promise that it wouldn’t seek to drum up business for Ticketmaster by threatening to withhold performances from venues that used other services.

Overconfidence is a common problem in antitrust regulation. This year, Australia’s antitrust regulator — the Australian Competition and Consumer Commission — published a review of six mergers it allowed from 2017 to 2019. The agency found that in allowing mergers, it consistently overestimated the likelihood that new companies would emerge.

One big reason is that the incumbents don’t like competition and they seek to prevent it. Live Nation didn’t keep its promises. In 2019 the Department of Justice concluded that the company had repeatedly threatened venues to win business for Ticketmaster. To address the violations, the government required Live Nation to repeat the promise it had broken. Ms. Swift might describe that as a nightmare dressed like a daydream.

Similar examples of failed engineering abound. Among them is the government’s 2019 decision to allow T-Mobile to acquire Sprint. Instead of preserving Sprint as an independent rival, the government imposed an elaborate set of conditions intended to support the emergence of a major wireless carrier to replace Sprint.

T-Mobile and Sprint were fierce rivals. Their competition with each other, and with Verizon and AT&T, encouraged innovation and drove down prices. The cost of cellular service, adjusted for inflation, fell by more than 35 percent in the decade before T-Mobile was allowed to buy Sprint. Since the merger, prices have stopped falling and have even begun to rise a little. T-Mobile’s chief executive, Mike Sievert, boasted to investors last year that the company was moving away from competing as a low-cost provider. “We’ve competed mostly on price in the past, if we’re honest,” he said. “Now we have a premium product.”

In 2015 the government let the discount retailer Dollar Tree acquire its rival Family Dollar. The two companies were required to divest themselves of 330 stores to help create another rival, Dollar Express. That new company survived for about two years before filing for bankruptcy. Its owners claimed Dollar Tree had systematically opened stores near its more profitable locations to drive it from business. Maybe so. But regardless of the merit of those allegations, the real question is why the government didn’t just prevent Dollar Tree from buying Family Dollar.

The Justice Department said last week that it is once again investigating Live Nation. The company says it hasn’t done anything wrong. But there is mounting evidence that the dangers posed by corporate concentration are best addressed by simplifying the government’s approach to antitrust enforcement: When a concentration of corporate power would cause clear harm, don’t try to tinker with it. Block the deal.

Take a note from Ms. Swift: When it comes to competition, two is better than one.

Tags
Company From That Ticketmaster With

What Is Indigenous Power? 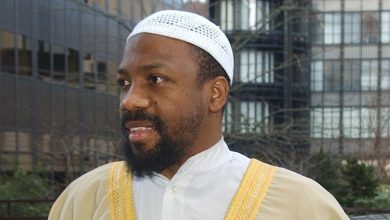 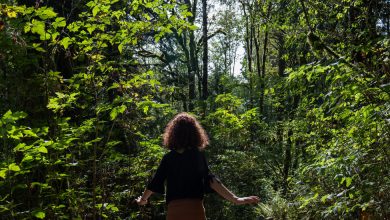 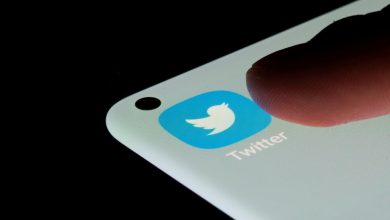