Typhoon Nanmadol brought torrential rain and the risk of destructive landslides to Japan’s southernmost main island on Sunday, after more than four million people were ordered to seek shelter from the powerful storm, which was expected to traverse virtually the entire length of the country.

Some areas of the southern island, Kyushu, were expected to receive 20 inches of rain or more, an amount not seen in the area in decades, officials said. While the heavy rain was viewed as the primary threat to residents’ safety, winds exceeding 110 miles per hour were also recorded, causing heavy waves.

Thousands of people sought safety in shelters, and power was knocked out for tens of thousands of households. Kyushu’s entire bullet-train service was suspended, and hundreds of domestic flights were canceled. By Sunday evening, a small number of injuries had been reported, but no deaths.

Meteorological officials warned that the storm could be more damaging than Typhoon Jebi, which killed about a dozen people in Japan in 2018, and Typhoon Hagibis, the strongest storm to hit the country’s mainland in decades, which caused widespread flooding and landslides in 2019 and killed about 100 people.

After passing over Okinawa, a southern Japanese archipelago, on Sunday Nanmadol weakened somewhat and became a “very strong typhoon” as it neared mainland Japan, the meteorological agency said.

It had been classified as a “violent typhoon,” the agency’s most severe category of storm based on wind speeds. The Joint Typhoon Warning Center, a U.S. military command in Hawaii, also issued a storm advisory, designating Nanmadol a “super typhoon” this past week.

The storm was projected to curve northeastward and trace almost the entire length of the main islands that make up Japan. Nearly the entire country was in the storm warning area designated by the agency. 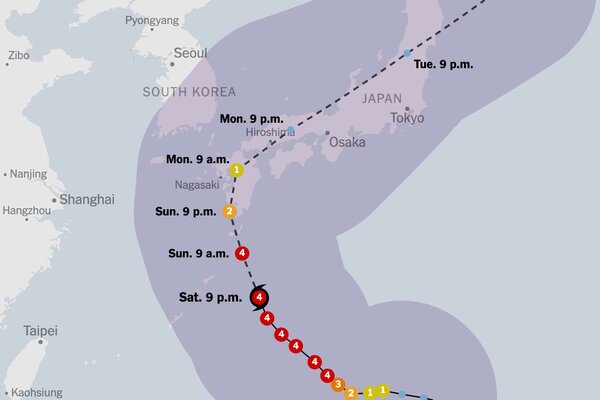 A map showing the storm’s path as it heads toward Japan.

The storm will probably head back to sea on Wednesday or Thursday, according to the meteorological agency. Forecasters in South Korea said that it could also affect southern parts of the country that were battered by Typhoon Hinnamnor two weeks ago.

The term typhoon, like hurricane and cyclone, refers to tropical cyclones. Typhoons develop in the northwestern Pacific and usually affect Asia. Hurricanes form in the North Atlantic, the northeastern Pacific, the Caribbean Sea and the Gulf of Mexico. 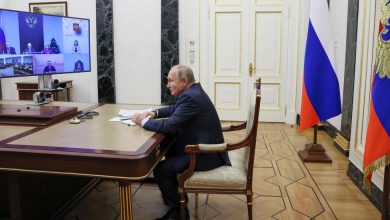 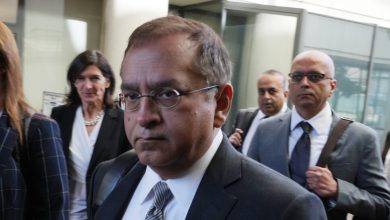 No. 2 Theranos Executive Is Sentenced to Nearly 13 Years for Fraud 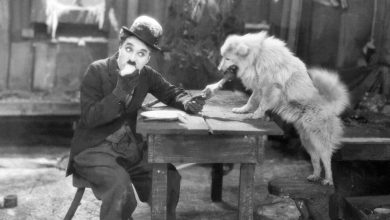 Is Sight and Sound’s List of 100 Greatest Films Too Tasteful?