The proliferation of documentaries on streaming services makes it difficult to choose what to watch. Each month, we’ll choose three nonfiction films — classics, overlooked recent docs and more — that will reward your time.

Stream it on Netflix.

When the documentarian Julia Reichert (“American Factory”) died earlier this month, her obituary in The New York Times called “A Lion in the House” her most personal film. Directed with her husband and filmmaking partner, Steven Bognar, the documentary began when, according to Bognar’s opening narration, they were invited by the head oncologist at Cincinnati Children’s Hospital to make a documentary about what a family goes through when a child has cancer. In the voice-over, Reichert notes that their own daughter had just finished treatment for cancer. After the movie was finished, Reichert received a diagnosis of non-Hodgkin’s lymphoma.

Made over six years, the documentary pivots around 5A, the cancer unit at the pediatric hospital. For nearly four hours of screen time, it immerses viewers in the lives of five patients who received their cancer diagnoses as children, and in the lives of their families and the many doctors, nurses and social workers charged with their care. While a film like Frederick Wiseman’s extraordinary “Near Death” (1989) approached the subject of mortality with intimacy but a characteristic detachment, “A Lion in the House” is a case in which the filmmakers have a clear emotional investment in the material. Few documentaries look so unflinchingly yet so compassionately at the cruelty of relentless medical ordeals.

The Oscars aren’t until March, but the campaigns have begun. Kyle Buchanan is covering the films, personalities and events along the way.

The patients vary in their circumstances and prognoses. They include Tim, a teenager with Hodgkin’s lymphoma, who initially resists his doctors’ efforts to have him gain weight and whose illness has severely limited his social life and his attendance at school. Alex, who has leukemia, is introduced when she is 7 and her cancer is in remission, but it returns, and Reichert and Bognar follow her and her at-times disagreeing parents through a succession of tough decisions on treatment, in which the answers about what’s best for Alex and what ‌might prolong her survival are not always clear. Justin, at 19, has already been fighting leukemia for 10 years when the movie begins; over the course of the film, he reaches what appears to be the end, with at least one doctor pushing for a serious discussion about his death. But when Justin somehow survives after 24 hours of having what another doctor calls “blood pressures incompatible with life,” the parents’ decision on whether to press on for their professed fighter of a son only grows thornier.

Every moment in the movie is the stuff of life and death, and while “A Lion in the House” is almost always tough to watch, it is also impossible to shake.

Stream it on Fandor, Kanopy, Ovid, Projectr and Topic. Rent it on Amazon and Apple TV. 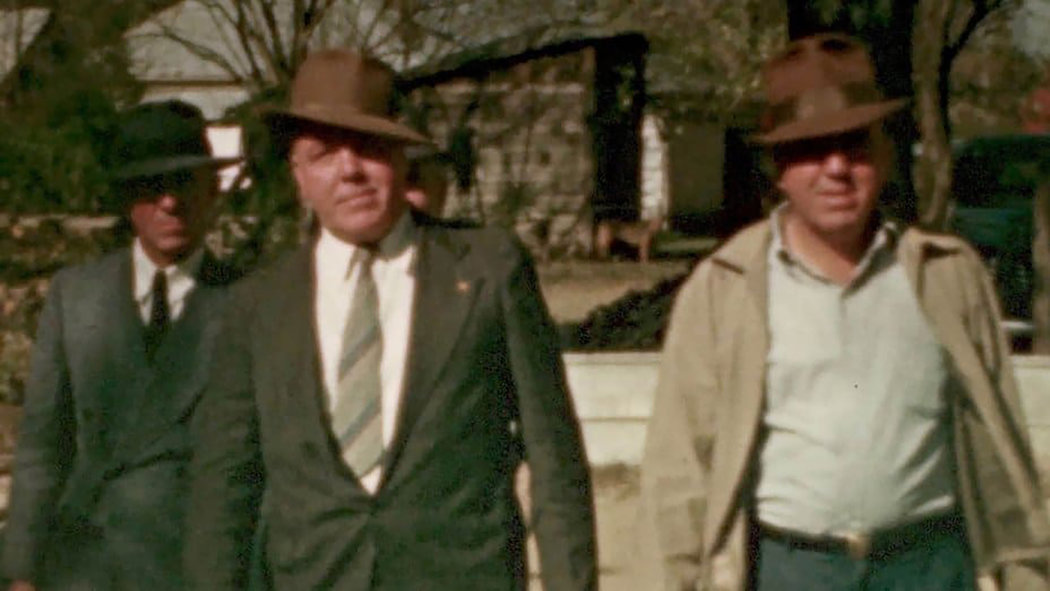 A preview of the film.CreditCredit…Grasshopper Film

The protests following the acquittal of George Zimmerman in the killing of Trayvon Martin prompted the experimental filmmaker Travis Wilkerson to investigate a troubling family story. He had been told S.E. Branch, his great-grandfather, who ran a grocery store in Dothan, Ala., and was, from what we hear of him, a virulent racist, had killed a Black man, Bill Spann, in the 1940s and gotten away with it.

Wilkerson’s mother quickly sends him a newspaper item from 1946; it says that there was a charge against Branch for first-degree murder in Spann’s killing. But that charge mysteriously disappeared, as tended to happen when white men committed violence against Black people in the Deep South, and Branch went on to live for decades. Wilkerson pores images of him in eight-millimeter home movies, one of which is labeled with the month of the murder. He even has a photo of the two of them together, the year Wilkerson was born and Branch died. As for Spann, there are few traces left of him or any descendants. “Did You Wonder Who Fired the Gun?” is partly the filmmaker’s effort to atone for that absence. To paraphrase his voice-over, this is the story of a murder victim buried in an unmarked grave — and of the killer’s great-grandson, who is filming that grave. “That’s a pretty precise expression of racism, no matter how you cut it,” Wilkerson narrates.

The scope of this chilling essay film is much broader than Wilkerson’s family history and his sleuthing. Wilkerson meets with Edward Vaughn, a civil rights activist from the area who remembers a boycott of Branch’s grocery store after the killing and the woeful conditions at the hospital where Spann had been taken. Wilkerson weaves in an account of the rape of Recy Taylor — an assault that took place nearby in 1944 — and the work that Rosa Parks, roughly a decade before the Montgomery Bus Boycott, did to investigate it.

Stream it on Hulu.

“Flee,” from the director Jonas Poher Rasmussen, received Oscar nominations for both animated feature and documentary — an unusual combination. But animation really is the ideal form for this nonfiction account of one refugee’s flight from Afghanistan in the early 1990s. One of the themes that emerges is that living clandestinely requires continually being able to adapt one’s identity. In that way, the abstraction of animation — its distance from reality — reflects the material.

The central figure of “Flee” is called Amin in the film (at the start, the documentary notes that certain names and locations have been altered to protect the subjects). He knew Rasmussen from high school, but there is a lot that Rasmussen did not know about him. As Amin’s interlocutor throughout the feature, the director, interviewing him in Copenhagen, gets him to divulge things that he has largely kept to himself, for understandable reasons. Amin gives an account of a journey from Afghanistan that was anything but straightforward: He speaks of arriving in Moscow the year after the fall of the Soviet Union and an arduous effort to escape that eventually returned him to Russia, for a time.

You might be tempted to see Amin’s resilience as inspiring, but in “Flee,” he also considers the lingering effects his experiences on the run have had on his personality. “When you flee as a child, it takes time to learn to trust people,” he says. “You’re constantly on your guard.” The sense given is that his defensive mode may have even caused friction in his present relationship. The film also deals with Amin’s coming to terms with being gay — he says there wasn’t even a word for it in Afghanistan — and his fears of his family’s reaction. But that outpouring — more of a blurting-out — makes for one of the film’s most unexpected and heartwarming sequences.

Tags
Film From That Who With

In the Village, Another Piece of the City’s History Is Coming Down

Finding Gender Equality in the World’s Most Famous Waves

How to Make the Labor Market Work for More Americans