What would it be like to be so ashamed of your life that you felt compelled to invent a new one?

Most of us don’t feel compelled to do that. Most of us take the actual events of our lives, including the failures and frailties, and we gradually construct coherent narratives about who we are. Those autobiographical narratives are always being updated as time passes — and, of course, tend to be at least modestly self-flattering. But for most of us, the life narrative we tell both the world and ourselves gives us a stable sense of identity. It helps us name what we’ve learned from experience and what meaning our life holds. It helps us make our biggest decisions. As the philosopher Alasdair MacIntyre once observed, you can’t know what to do unless you know what story you are a part of.

George Santos, on the other hand, is a young man who apparently felt compelled to jettison much of his actual life and replace it with fantasy. As Grace Ashford and Michael Gold of The Times have been reporting, in his successful run for Congress this year he claimed he had a college degree that he does not have. He claimed he held jobs that he did not hold. He claimed he owned properties he apparently does not own. He claims he never committed check fraud, though The Times unearthed court records suggesting he did. He claims he never described himself as Jewish, merely as adjacently “Jew-ish.” A self-described gay man, he hid a yearslong heterosexual marriage that ended in 2019.

All politicians — perhaps all human beings — embellish. But what Santos did goes beyond that. He fabricated a new persona, that of a meritocratic superman. He claims to be a populist who hates the elites, but he wanted you to think he once worked at Goldman Sachs. Imagine how much inadequacy you’d have to feel to go to all that trouble.

I can’t feel much anger toward Santos for his deceptiveness, just a bit of sorrow. Cutting yourself off to that degree from the bedrock of the truth renders your whole life unstable. Santos made his own past unreliable, perpetually up for grabs. But when you do that you also eliminate any coherent vision of your future. People may wonder how Santos could have been so dumb. In political life, his fabrications were bound to be discovered. Perhaps it’s because dissemblers often have trouble anticipating the future; they’re stuck in the right now.

In a sense Santos is a sad, farcical version of where Donald Trump has taken the Republican Party — into the land of unreality, the continent of lies. Trump’s takeover of the G.O.P. was not primarily an ideological takeover, it was a psychological and moral one. I don’t feel sorry for Trump the way I do for Santos, because Trump is so cruel. But he did introduce, on a much larger scale, the same pathetic note into our national psychology.

In his book, “The Strange Case of Donald J. Trump,” the eminent personality psychologist Dan McAdams argues that Trump could continually lie to himself because he had no actual sense of himself. There was no real person, inner life or autobiographical narrative to betray. McAdams quotes people who had been close to Trump who reported that being with him wasn’t like being with a conventional person; it was like being with an entity who was playing the role of Donald Trump. And that role had no sense of continuity. He was fully immersed in whatever dominance battle he was fighting at that moment.

McAdams calls Trump an “episodic man,” who experiences life as a series of disjointed moments, not as a coherent narrative flow of consciousness. “He does not look to what may lie ahead, at least not very far ahead,” McAdams writes. “Trump is not introspective, retrospective or prospective. There is no depth; there is no past; there is no future.”

America has always had impostors and people who reinvented their pasts. (If he were real, Jay Gatsby might have lived — estimations of the precise locations of the fictional East and West Egg vary — in what is now Santos’s district.) This feels different. I wonder if the era of the short-attention spans and the online avatars is creating a new character type: the person who doesn’t experience life as an accumulation over decades, but just as a series of disjointed performances in the here and now, with an echo of hollowness inside.

This week Santos tried to do a bit of damage control in a series of interviews, including with WABC radio in New York. The whole conversation had an air of unreality. Santos was rambling, evasive and haphazard, readjusting his stories in a vague, fluid way. The host, John Catsimatidis, wasn’t questioning him the way a journalist might. He was practically coaching Santos on what to say. The troubling question of personal integrity was not on anybody’s radar screen. And then the conversation reached a Tom Wolfe-ian crescendo when former Congressman Anthony Weiner suddenly appeared — and turned out to be the only semi-competent interviewer in the room.

Karl Marx famously said that under the influence of capitalism, all that’s solid melts into air. I wonder if some elixir of Trumpian influence and online modernity can have the same effect on individual personalities.

Tags
Santos That Trump Was What

‘This Is Not About the Pandemic Anymore’: Public Health Law Is Embraced as Border Band-Aid 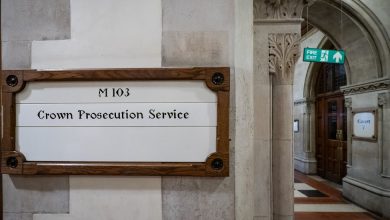 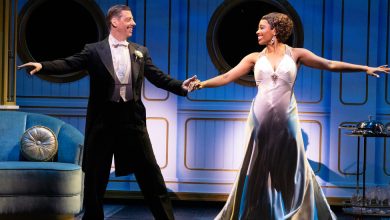 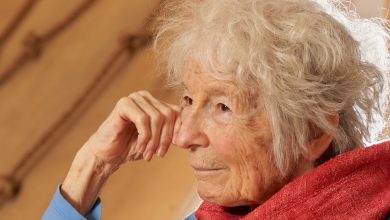